started a topic over 2 years ago

[CGS-3703]  The Download Button has moved to the top-right of the widget. In  addition, you can now download the widget's data in CSV or XLS!

[CGS-3702]  Campaign Stats widget: We have released a revised version of the Data  Transport -> Funnel Widget. This widget will help you stay on top of  your Campaign statistics.

[CGS-3439][CGS-3682] We have given CustomerGauge a small makeover. Read more about these changes here! 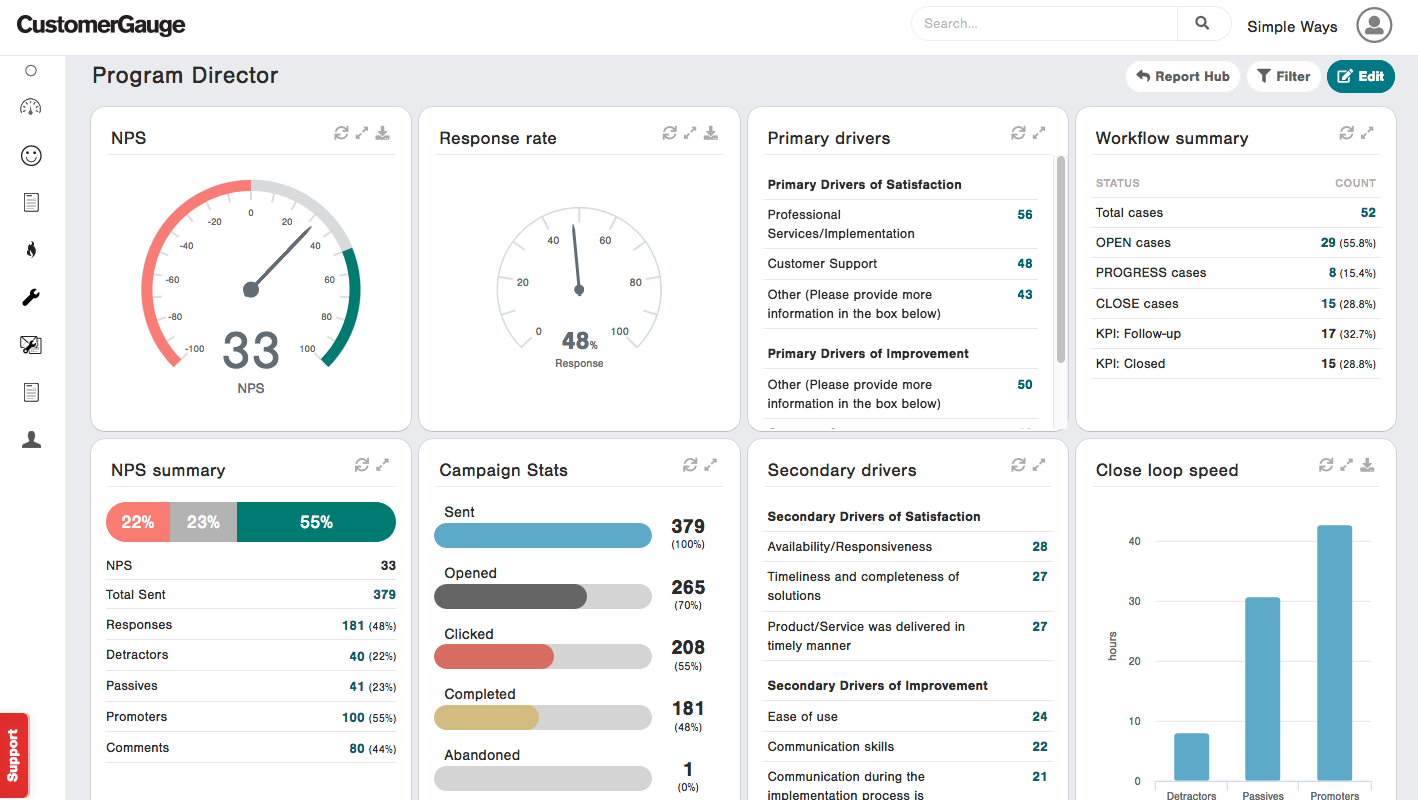