We're  proud to announce Drivers over time as a widget option in the Report  Hub. You can find this new visualisation under the Drivers data source,  using the Line chart widget. 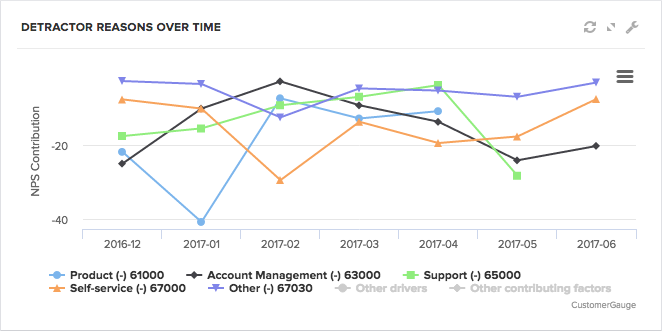 We've also introduced a new option to select specific drivers to report on, in this widget!

You can select any combination of Primary and Secondary drivers, giving you maximum flexibility of which drivers to display! 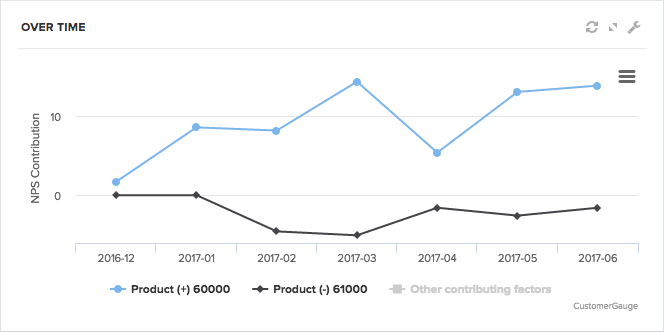 Based  on client feedback, we're introducting the option to allow you to  export Table widgets in XLS or PNG format (Report Hub - 4.0 version).  This is a great way to share your survey results in a Powerpoint, or  launch your own analysis in Excel! 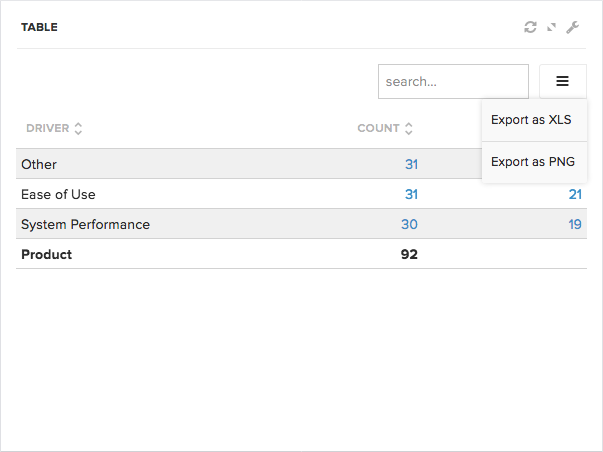 Use  the Table widget in the NPS data source to report on Date vs Segment  for a single metric! You can easily select which segment and which date  period you want to report on in this table. Note: drill-downs will be  coming soon – we didn't want to withhold this new feature from you in  the meantime!

CGS-1823  – Report Hub: The new widget setting "Global Data Access" allows you to  share company-wide results. (Note: this setting can only be configured  by Admin users without data restriction)

CGS-2136 – "Individual Spectrum Report" is a new standard report in the Report Hub.

CGS-2060,  CGS-1510 – NPS by Segment: Made several improvements, including adding  the overall NPS line to the report on the 4.0 Version

CGS-2097 – Loyalty spectrum: You can now choose to inherit from the Setting's Tab which segment to group by.

CGS-2091 – Drill-down: Fixed a rare issue where the Customer Details wouldn't open when drilling down.

CGS-2076 – Saving reports: Opening reports in multiple tabs no longer prevent you from saving them.

CGS-1325 – Made numerous minor improvements to the Report Hub features!